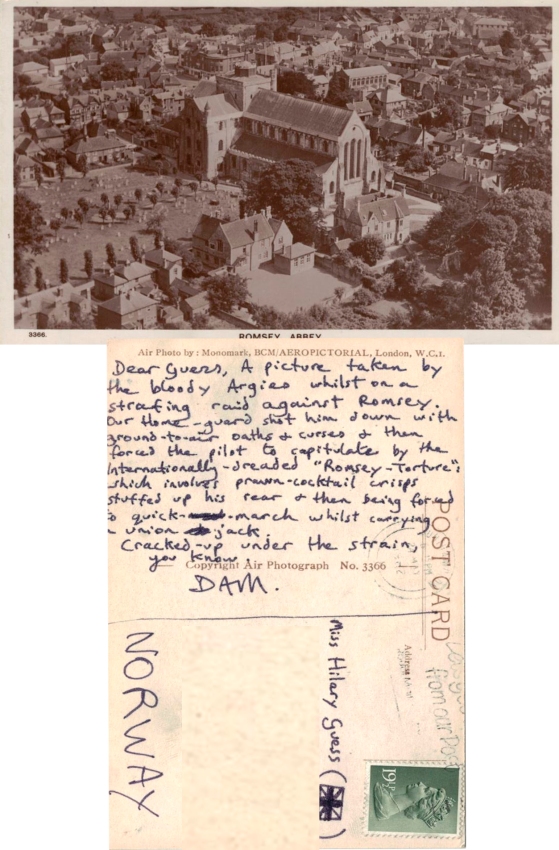 Dear Guess, A picture taken by the bloody Argies whilst on a strafing raid against Romsey. Our Home-guard shot him down with ground-to-air oaths & curses & then forced the pilot to capitulate by the internationally dreaded “Romsey-Torture” which involves prawn-cocktail crisps stuffed up his rear & then being force to quick-march whilst carrying a union jack. Cracked up under the strain, you know DAM

Postmarked ‘SOUTHAMPTON 24th May 1982’ this card features a completely fictional narrative based on the Falklands Conflict which was taking place at the time.

The card was sent to me in Norway where I did not get to hear much British news; this message probably did little to further my understanding of the events taking place in the South Atlantic.

Another of DAM‘s black and white cards featuring Romsey and the surrounding area, together with more of his imaginative reflections.  I received many of these random notes from him during this period and they still make me smile, although I have no idea why he often addressed me by my surname!